In my search for illustrations that capture the essential really well, I looked at many brilliant illustrators. It is impossible to discuss them all, but in this blog I would like to talk about two I especially like because of the way they paint with ink: Sarah Maycock and Wang Yani.

‘Broad, inky brushstrokes and light gestural sweeps are hallmarks of her work; an intuitive but informed touch that allows her to captures her subject’s character with charm and conviction. ‘ (Hanoun, 2017)

Can’t say it any better; I think she captures essence very well by a few well aimed broad strokes. Sarah Maycock is an illustrator living in Hastings, England. The first time I saw her work was on pinterest: ‘Bear’ (fig.1). I loved the bear-ness she achieved with such simple forms, and how the white of the paper contributes to the whole form. 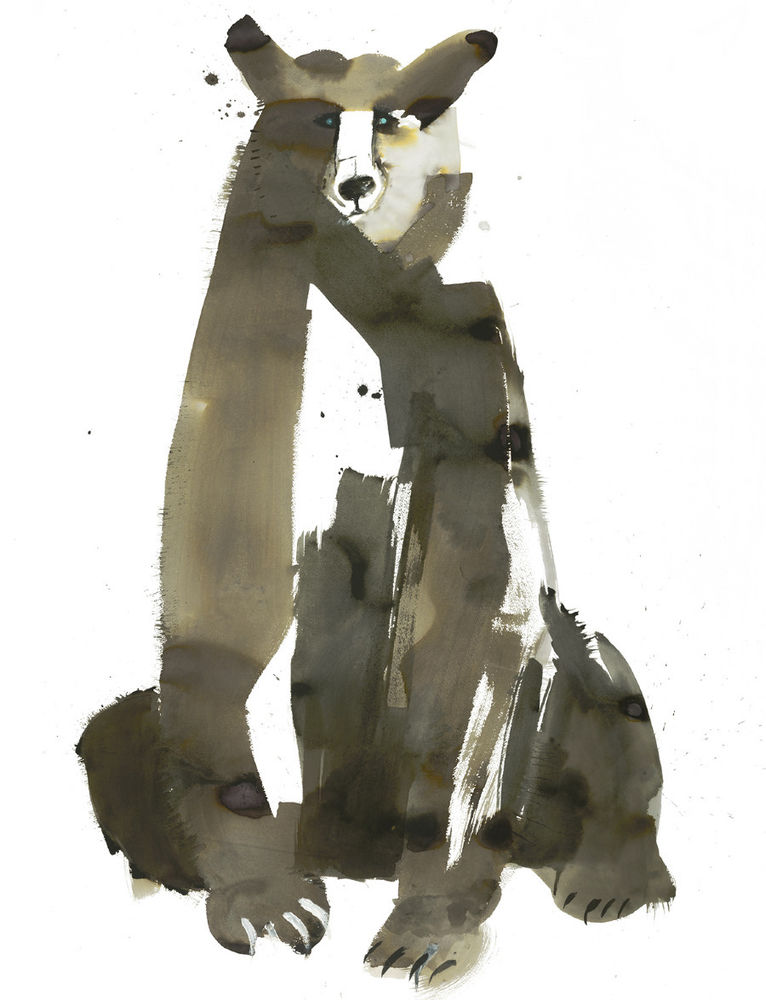 In 2016 Sarah Maycock was invited by the Natural History Museum to illustrate for the ‘Whales: Beneath the surface’ exhibition that opened in 2017. What’s interesting about them is that they capture essence really well, but also had to be anatomically correct.

Each painting had to go through a complex sign-off process involving specialist scientists at the Natural History Museum (aptly named Dr. Frank Fish) to make sure they were anatomically correct… Benji Weidemann, Design Director at Weidemann Lampe told me the paintings were an important part of the exhibition as it allowed a deeper level of engagement…(Handsome Frank, 2017)

It is good to see this power of illustration acknowledged: to allow a deeper level of engagement. When I look at the whale illustrations, I see anatomically correct animals, but also the essence of them as the artist translated it to the paper. The sweeping, strong forms that have no outline but are nevertheless very clearly outlined by the edges of the ink; the loose broad ink strokes combined with clear detail… They allow me to experience ‘whale-ness’ in its awe inspring strength and friendliness. 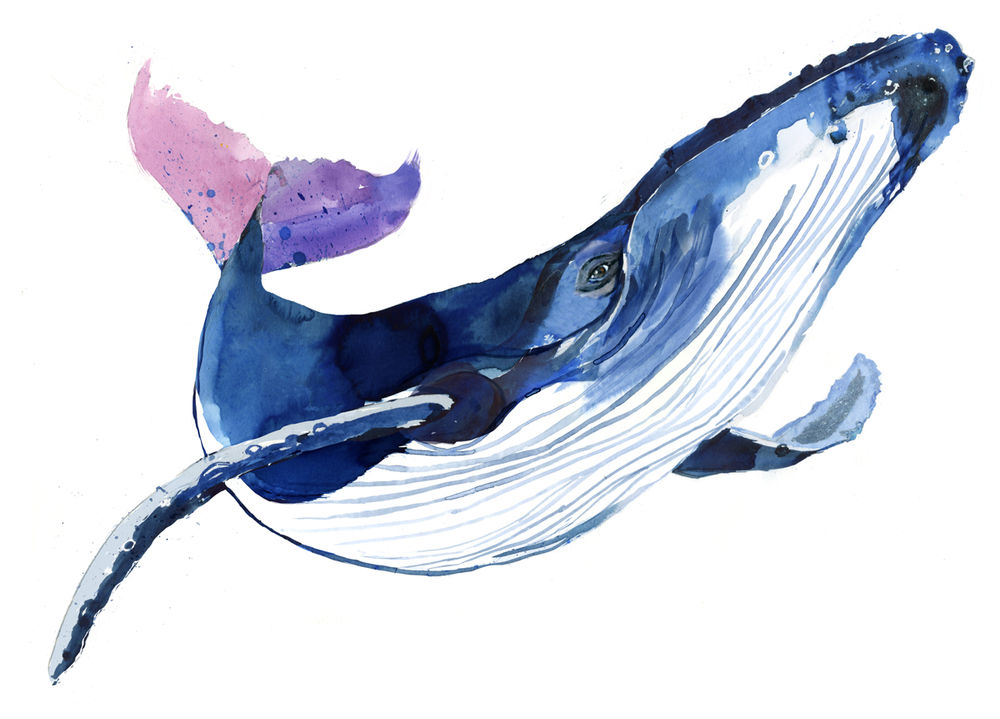 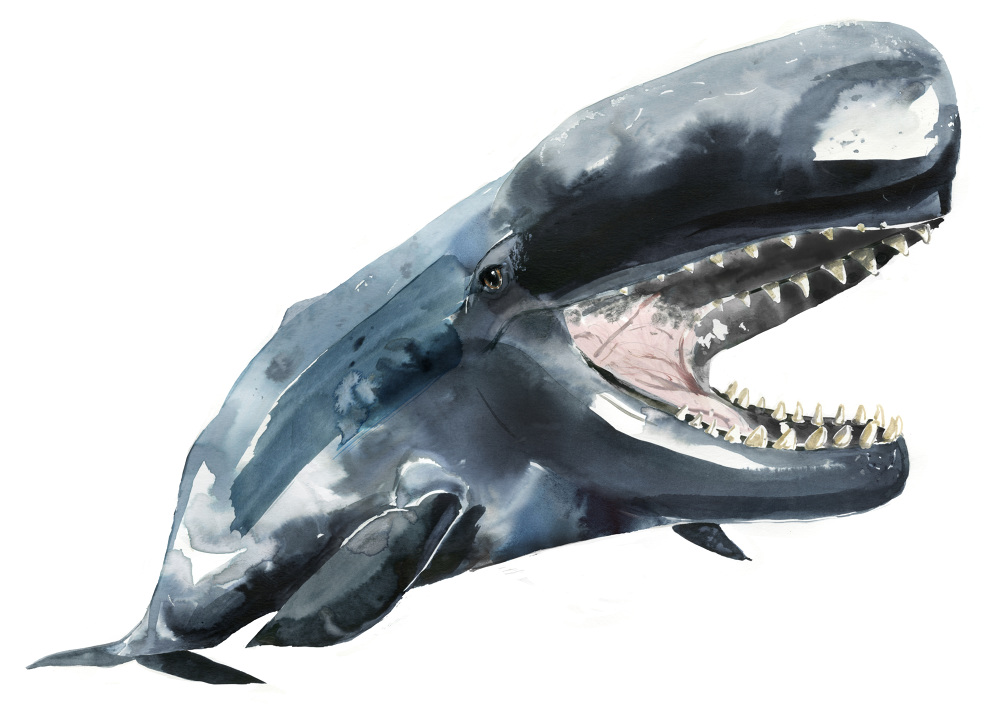 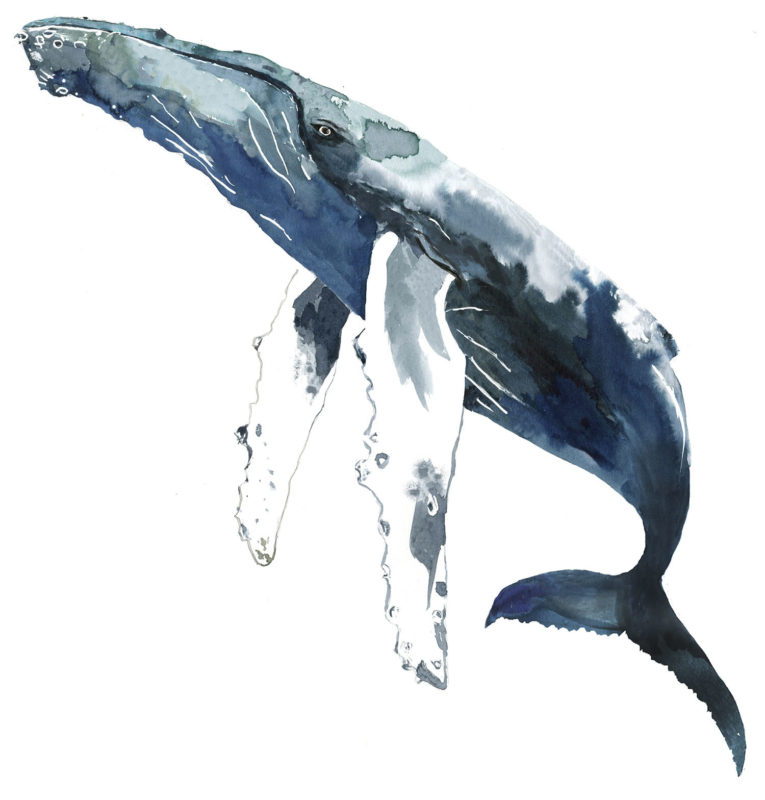 ‘Her work is characterized as xieyi – “idea writing” – a free, spontaneous Chinese style that relies on no advance plans or actual models, the images issuing from the artist’s imagination at the moment she puts brush to paper. ‘ (Kastor, 1989)

Yani is a prodigy painter who could paint by the time she was two and a half years old. She was born in 1975 in China. She captures the essence of for instance the monkeys she drew as a child, by a few loose brushstrokes for their bodies and a bit more detail for hands, feet and face. When she was fourteen years old, she had a solo exhibition at the Smithsonian Institute in Washington D.C.

‘Her early works focus on an exploration of monkeys, and can be characterized by a striking psychological immediacy, as well as an extraordinary technical mastery of the medium of brush and ink’ (Goldsmith, 1992)

Looking at Yani’s work helped me to start playing with ink more freely and trust to spontaneity, as Quentin Blake helped me to allow for more spontaneity in my line drawings. Just letting the ink flow from your brush with the essence of your subject in mind. It is encouraging to see her when she was just a little girl, lying down on her paper or making forms by dripping ink from her brush; capturing the essence of monkeys with absolute confidence, seriousness and playfulness all in one.